All over the world, steak takes on many forms – from backyard barbecues to fine steakhouse dinners. With so many different cuts and ways to prepare them, it can get daunting.

We asked our expert, Executive Chef Adam Brauer from Judson’s Steakhouse, to break down the best cuts of steak along with his go-to tips for preparing steakhouse-style meals at home.

This bone-in ribeye comes from the middle of the cattle by the ribs, giving the cut its name. This is a fattier cut with some of the best marbling, great for giving flavor to the steak.

Chef Adam recommends: Cook a ribeye to medium due to the higher level of fat throughout the cut. Because this cut is fattier than others, be careful that it may char when you grill it.

The primal tenderloin, or filet mignon, is the most tender cut of beef, making it one of the most popular in steakhouses. It is a more lean cut than a ribeye. 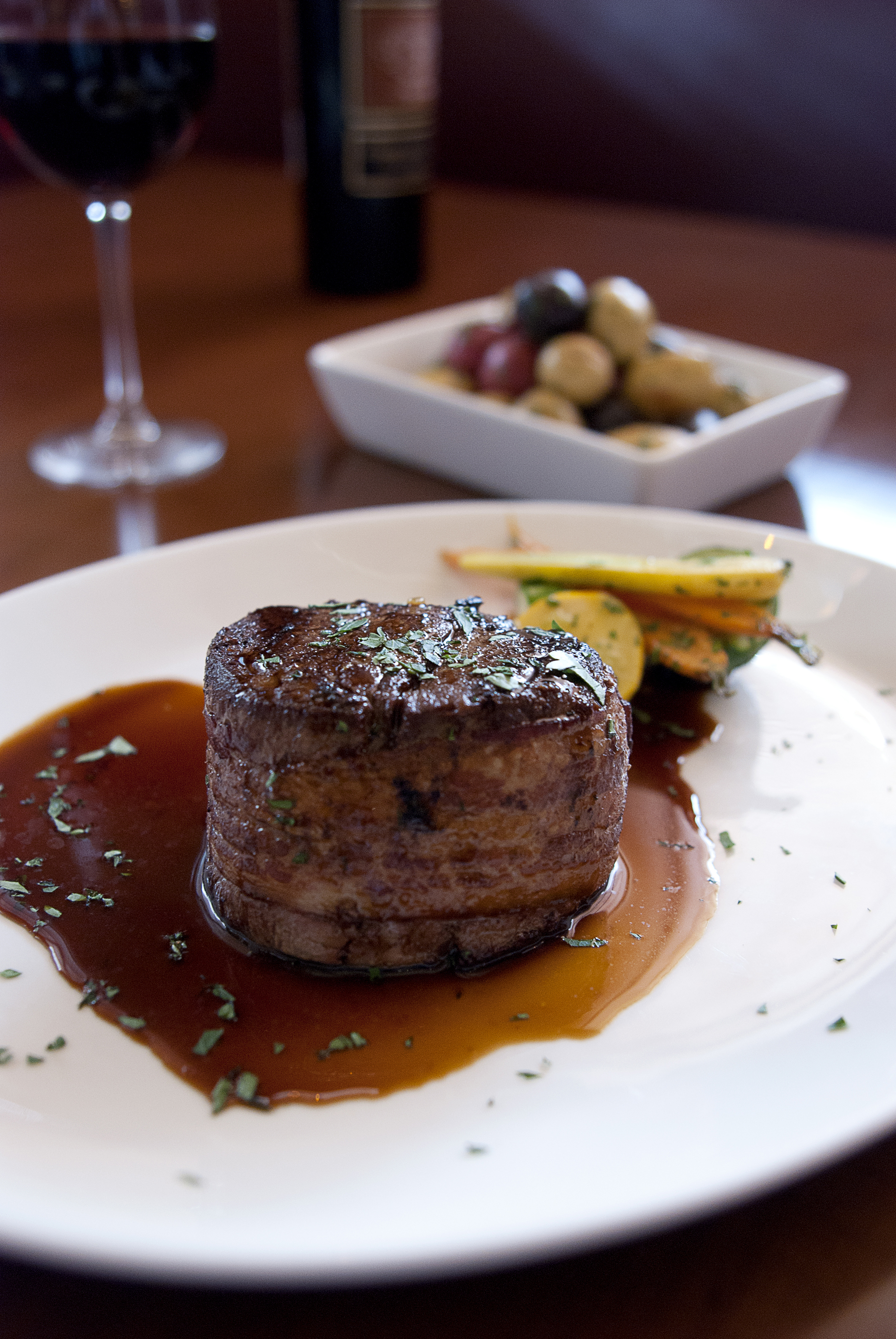 Chef Adam recommends: Cook filet mignon to medium rare to maintain its tenderness and flavor. Because this is a leaner cut of meat, serve this with a “fat,” such as bacon or a sauce. For example, Judson’s Steakhouse serves a filet stuffed with Boursin cheese and wrapped in bacon.

The New York strip, also known as a strip steak, comes from the short loin of the cow. This cut has great flavor because it comes from a muscle that does relatively little work and contains good marbling along with a fat cap.

Chef Adam recommends: Cook a New York strip to medium. This is a tougher cut of meat than some of the others, but it makes up for it in flavor. Don’t be afraid to season this cut with cracked black pepper, garlic, and herbs.

Chef Adam recommends: Being unique! This is a unique cut of steak that can be packed with flavor. Try a blackened or cajun rub and cook to medium. Don’t forget to cut against the grain for maximum tenderness.

Prime rib, also known as a standing rib roast, comes from the upper rib section of the cattle and is made by seasoning and roasting an entire rib roast. Each dish is sliced, cooked to order, and served with juice and drippings.

Chef Adam recommends: Roast with your favorite flavors, like a mustard and herb rub. Plan to take your prime rib out of the oven just before it is done cooking (rare to medium rare), so that you can slice and cook each piece to order. 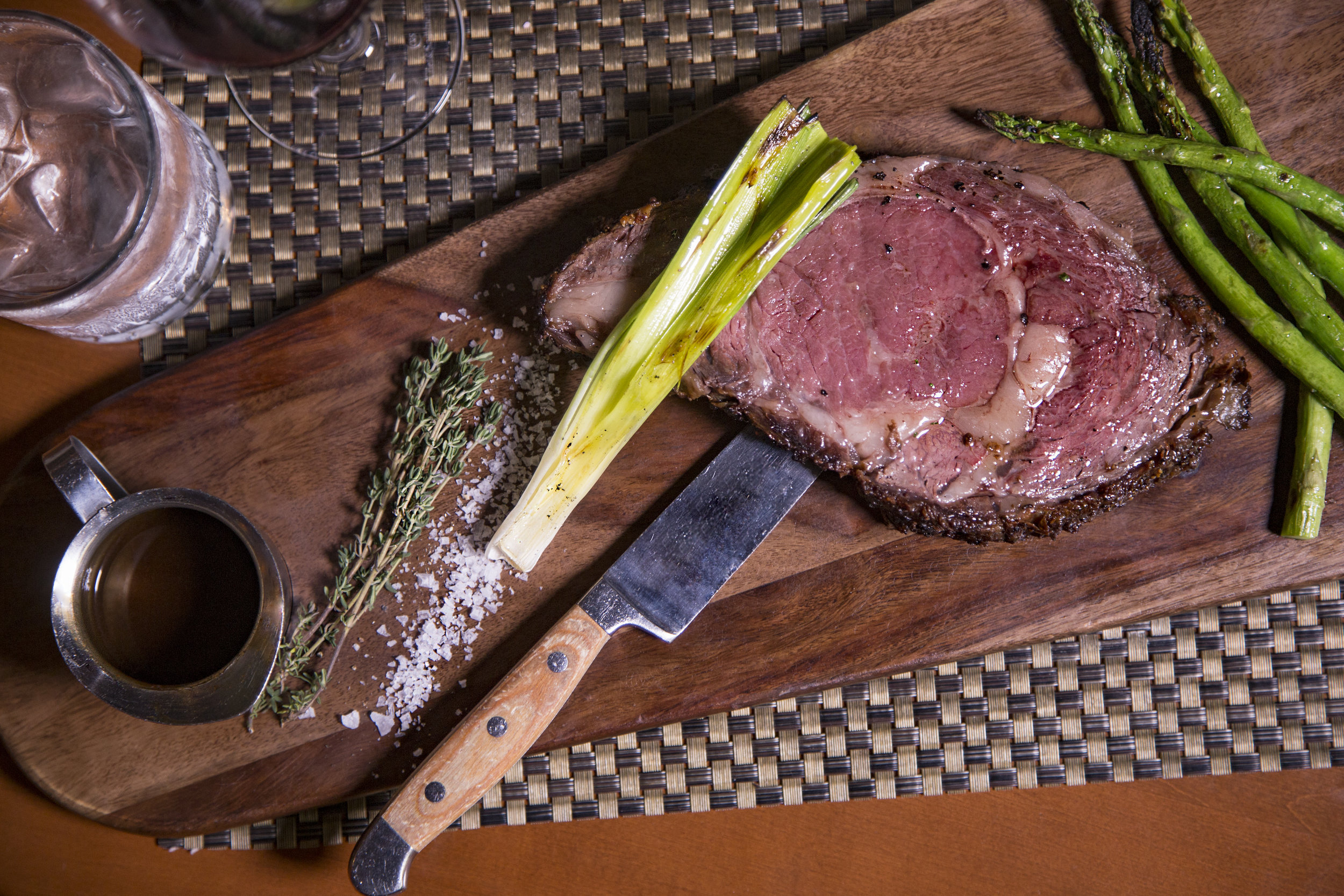 How to Make Steakhouse-Style Meals at Home

Don’t be fooled – you don’t need to be an executive chef at a steakhouse to make delicious steak dinners in your own kitchen. Chef Adam’s favorite way to prepare almost any cut of steak at home is by pan searing it. “Pan searing is a great way to get good flavor out of your steak. Baste it in butter with some garlic or rosemary, and you can really add an aromatic element to it.”

In addition to your classic salt and pepper, there are plenty of flavorful add-ons you can include in your at-home steak recipe. A few recommended classics include: 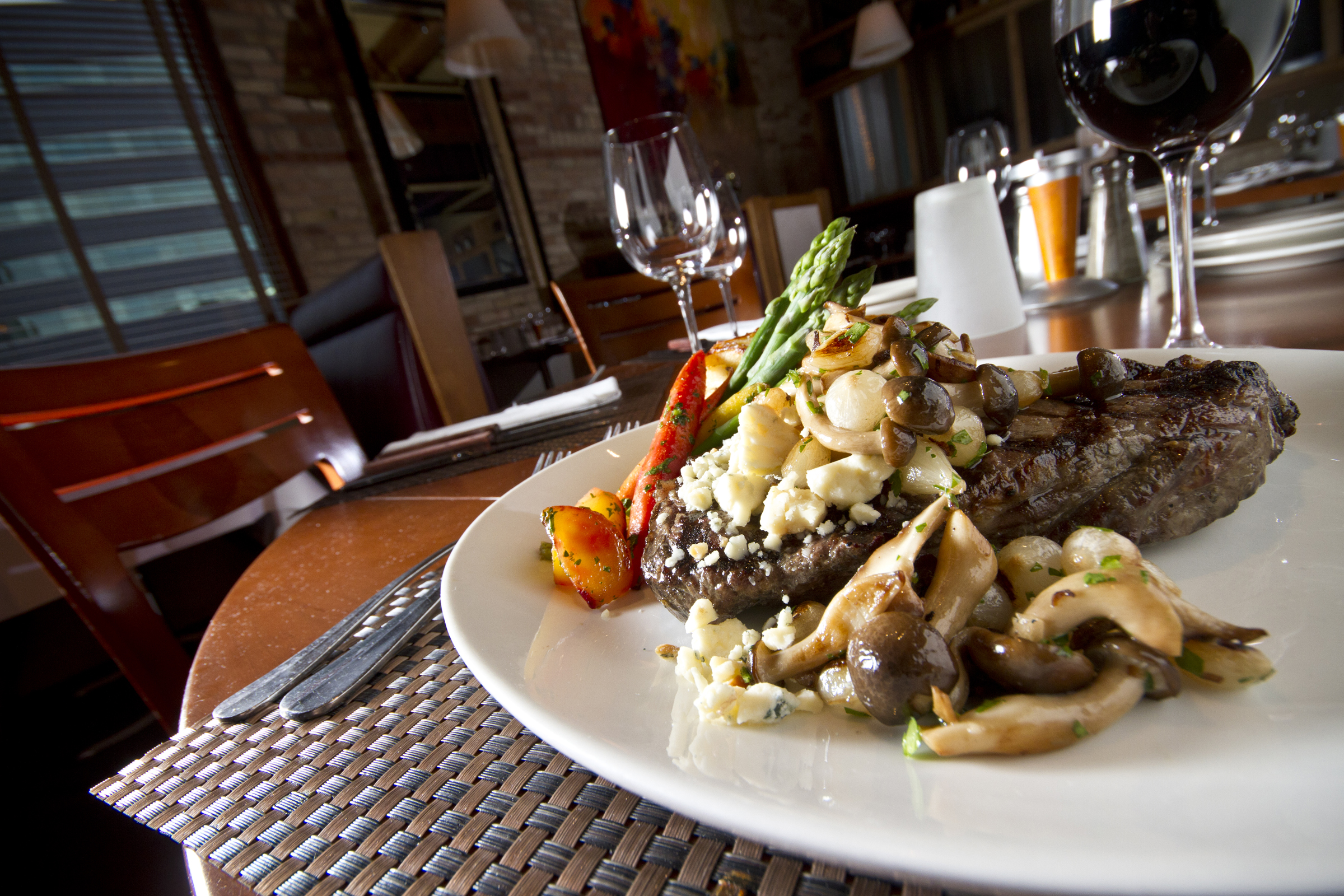 Aside from all these additions, Chef Adam insists that every great steak should use one key ingredient – salt. “Regular iodized table salt isn’t going to cut it. A coarse Kosher salt will stick to the steak well and enhance its flavor.”

If you’re looking to take your culinary skills to the next level, try making your own version of a Wellington. “A Wellington is a fun recipe to try at home. As long as you have some puff pastry, some mushrooms, and a steak filet, a great Wellington is achievable in your own kitchen.” This recipe works well for at-home cooks when using smaller filets.

Now that you know a little more about the best cuts of steak and how to prepare them at home, you can just relax and let Chef Adam do the cooking for you at Judson’s Steakhouse in The B.O.B.

Reservations are available via Open Table at www.thebob.com.

Spice Up Your Kitchen with These Hot Peppers