When we gathered this level of geek in one room, we started to find how much our worlds interact. Think Duff Beer in The Simpsons or Brockman Beer in It’s Always Sunny in Philadelphia – iconic beer moments in art, film, and television are everywhere and some of these moments leave us with more questions than answers. 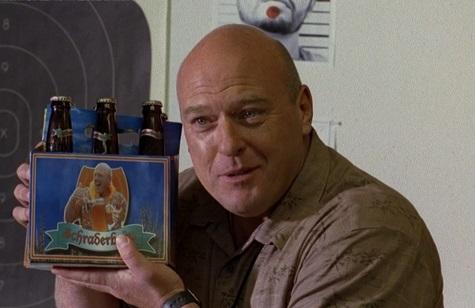 Question #1 In a scene of Breaking Bad, Hank Schrader is shown bottling home-brewed beer in his garage. Later that evening, the bottled beer explodes. Why?

Brewer John: Hank Schrader put too much priming sugar in his “Schraderbraü.” In the brewing process, you add sugar to a flat beer. The yeast in the beer feeds on the sugar, which produces ethyl alcohol and carbon dioxide gas in the process. If the yeast is making more carbon dioxide gas than the bottle can handle, the excessive pressure will make the bottle explode.

Question #2 At the beginning of Django Unchained, Dr. King Schultz pours two beers for himself and Django. Why does he skim the foam off the top of the beers and then refill them immediately afterward? Bonus question–what is the foam skimmer device Dr. Schultz uses?

Brewer John: Skimming the foam off the top of a beer is a traditional German technique to level off the beer at the rim of the glass, mainly for aesthetic purposes. It isn’t a very functional practice, so you don’t see it much outside of a Stella Artois commercial.

The device used to skim the foam from the glasses is called a beer comb or simply a foam scraper. 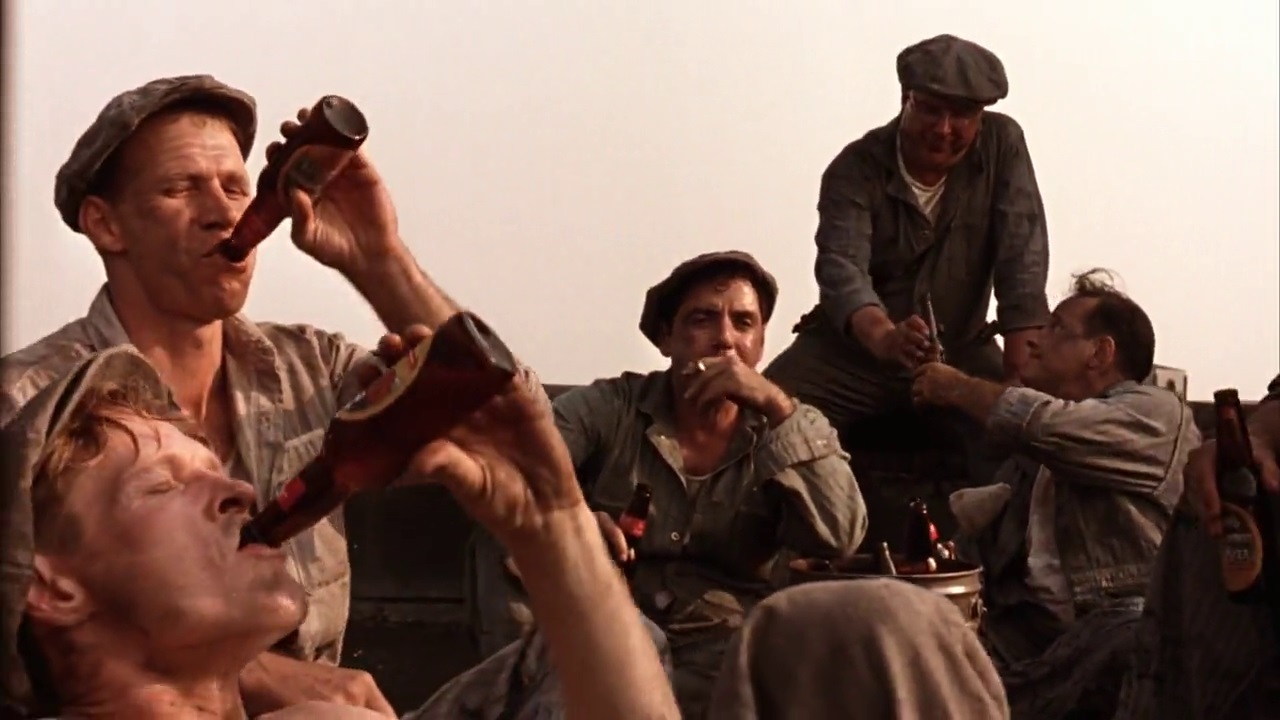 Question #3 A group of prisoners enjoys a bucket of “bohemian-style” beers in The Shawshank Redemption after Andy Dufresne comes to an agreement with a cantankerous prison guard. What exactly is Bohemian-style beer?

Find someone who looks at you the way Thor looks at magic beer.

Question #4 In Thor Ragnarok, Dr. Strange magically refills Thor’s beer mug. Even though the beer is flowing from the bottom of the mug, a new beer head is formed at the top. Is this physically possible?

Brewer John: Yes! Because the carbon dioxide gas in beer is lighter than the liquid surrounding it, all the bubbles will float to the top of the glass and create the head.

Question #5 In The Big Lebowski, The Dude orders two beers at a bowling alley, referring to them as “oat sodas.” Do the words “oat” or “soda” apply at all to the actual process of brewing beer?

Brewer John: It’s not uncommon to hear people refer to beer as “oat soda,” and if you really stretch the definition, it is not completely wrong. Some beers do contain oats but not all of them. If you define “soda” as a carbonated liquid (aka contains carbon dioxide gas), beer can be considered a soda because you will find the same chemistry in a beer and a Coca-Cola.

[Note: Brewer John pleads that you don’t call it an oat soda. You are not The Dude. Just call it a beer. Please.]

Even after one beer, E.T. is still spitting good advice.

Question #6 In the movie E.T. the Extra-Terrestrial, E.T. becomes inebriated after drinking a can of Coors. What physiological traits would aliens have to share with humans in order to experience the intoxicating effects of beer?

Brewer John: E.T. would need to have a very similar physiological makeup as a human or mammal in order to get inebriated through alcohol consumption. Unlike the aliens of “Alien Nation” who would get drunk from drinking milk, E.T.’s digestive system would have to process alcohol similarly to humans. In the human body, alcohol does not denature right away, and the dehydrogenation of ethanol in the body is what causes the inebriating effects of alcohol.

We eat, sleep, and binge watch beer at BOB’s Brewery, and you can see it in our brews. Over the years, we’ve channeled Twin Peaks with our Agent Cooper Cherry Java Stout and Elvis Presley with Queenie Wahine for Beer Month GR and beyond. This year, we’ve made not one, but six new brews to celebrate the hoppy occasion. Stop by The B.O.B. for a special deal on four-packs of bottles and cans of new creations like Windmill Cookie Scotch Ale, S’mores Stout, and Strawberry Basil Gose on February 15 through March 15.

Stay up to date with all Brewery news at our website and head to The B.O.B. for a pint.